This project, which grew out of a workshop with students of architecture at the International University of Catalonia (UIC), offered a possible way to encourage basic hygiene habits among pupils at rural schools in the area of Zagora, an extremely arid region of Morocco where rain rarely falls.

The project took local Berber culture into consideration and aimed to adapt to the specific situation of the region. Far from imposing an alien system, the idea was to build a mechanism using the resources available in the area (pottery and adobe), and at the same time to create a shady spot for hygiene tasks, play and education outdoors (the artefact helps pupils to learn about the cycles of water and life).
We adopted the Tippy Tap system, which is popular in poor areas due to its simplicity, low cost, sanitary properties, the water savings it offers, and its playful and intuitive use, which makes it highly appropriate for children. The artefact also featured a surface where utensils could be placed, as well as a basin-cum-channel to prevent users’ feet from getting wet, while at the same time collecting the used water to irrigate the olive and lemon trees that the children planted around about (olive oil can be used to make sop and lemon juice is commonly employed to treat water to make it drinkable. 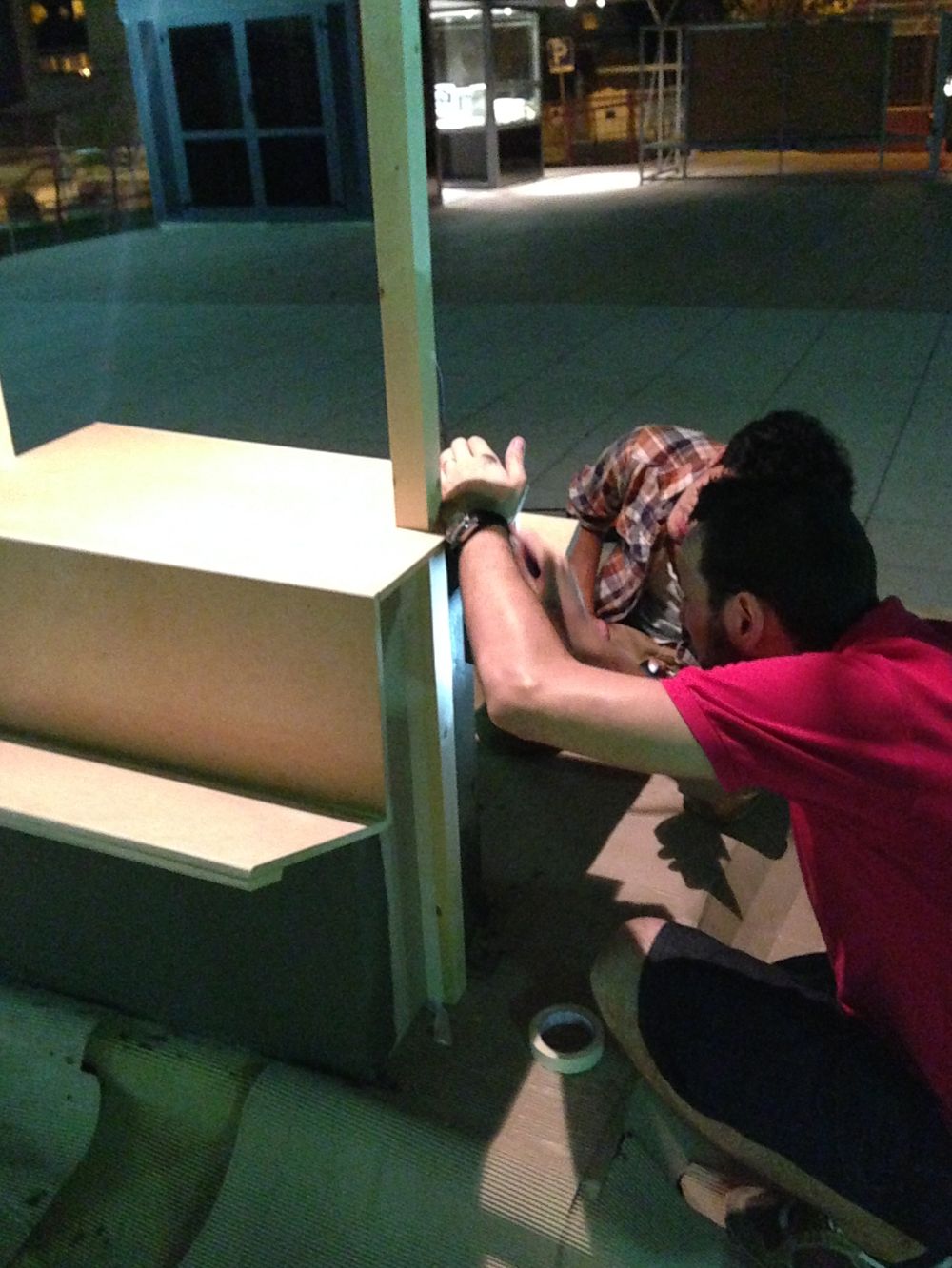