The exhibition addressed the complex urban transformation brought about by the Cerdà Plan for the city of Barcelona. It alternated display cases containing original plans, documents and artworks with large lightboxes that featured explanatory sketches, diagrams and texts. These lightboxes were left open at the top end, illuminating the impressive Gothic ceiling of the Council Chamber. In the centre of the exhibition, a large semi-translucent cubicle, lit up around its entire perimeter, symbolised the ‘atmospheric cube’, the volumetric housing unit that for Cerdà was the ‘embryo’ of his visionary urban development plan. 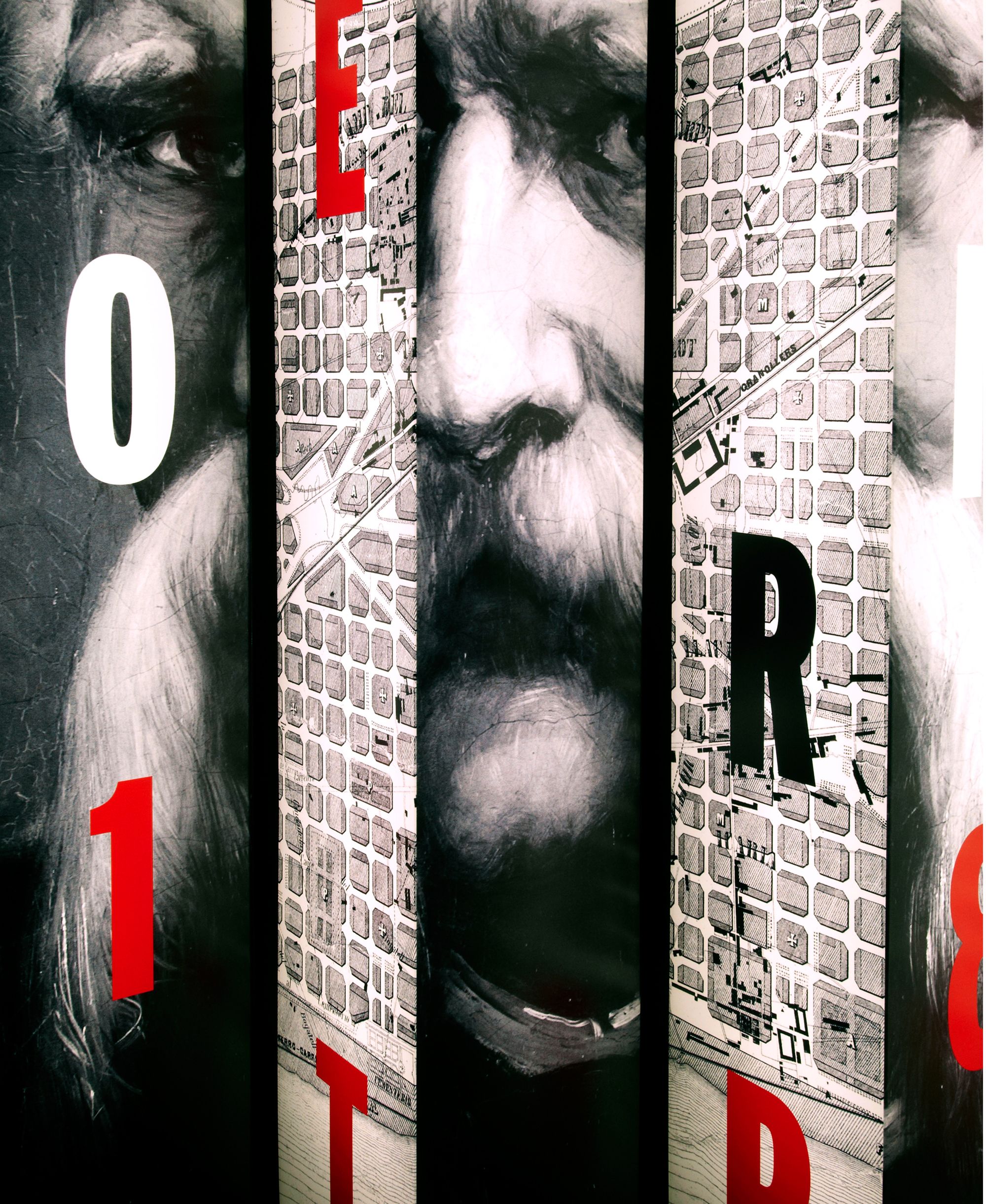 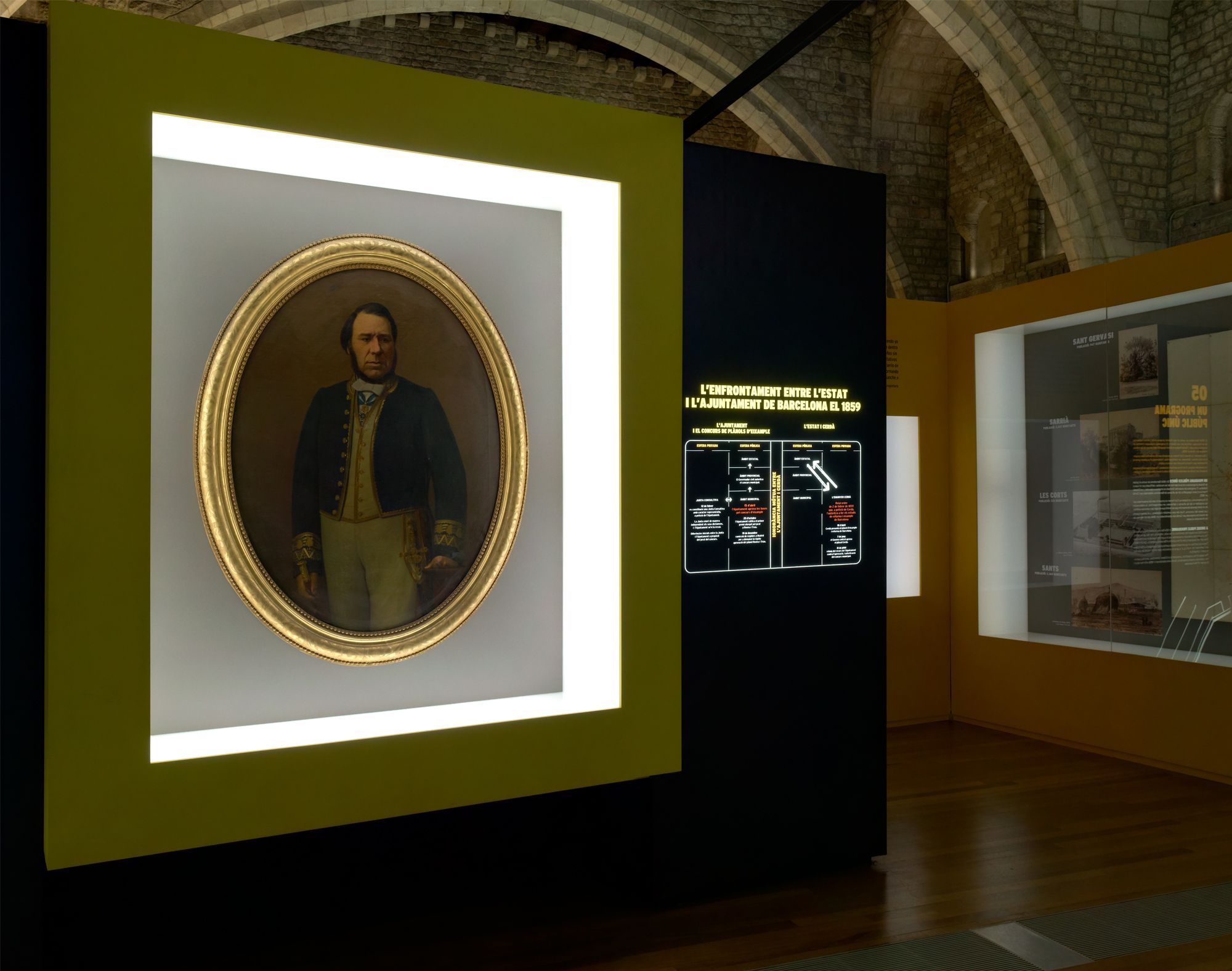